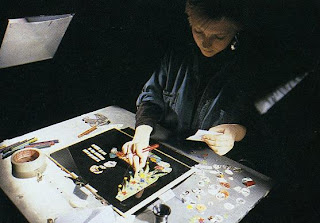 In 1988 Karen Watson, an animation student at the West Surrey College of Art and Design, completed her film Daddy's Little bit of Dresden China. Inspired by her own childhood, the mixed-media film deals with the subject of child molestation. 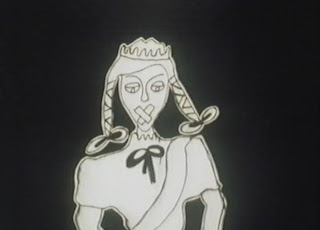 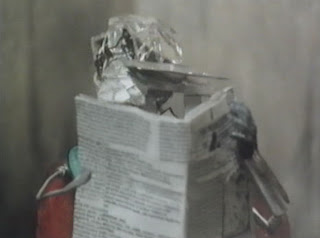 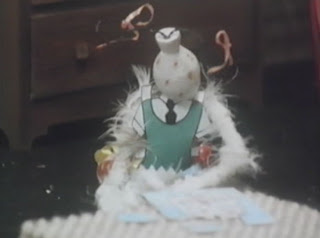 The film's opening sets up its themes using a fairy tale narrative: "There once lived a king and his queen, who lived alone in a huge castle because the king did not want his wife to speak or look at anyone but himself... until one day the queen gave birth to a daughter, Snow White, who in time became far more beautiful and obedient than the queen had ever been, and the king doted on her. 'You are mine', he said, 'and no man shall ever have you.'"

Much of the film takes the form of a disturbing stage play, complete with curtains raising after the fairy tale introduction. There are three main characters: a father made from broken glass and sharp metal, a mother made from dried flowers and has a wooden spoon as an arm, and a daughter made from feathers and bandages with a tiny vase as a head; all three wear cutout paper doll clothes. 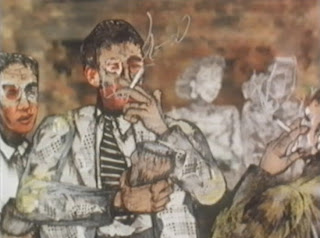 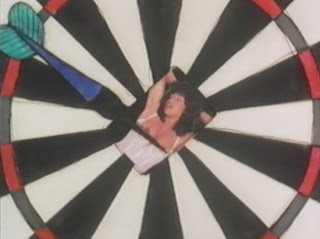 In amongst these domestic scenes are cutout sequences set in a bar, in which men discuss child molestation. "These blokes must be maniacs. I mean, no decent man would do that to his own girl, would he?" asks one man. "Well, it's the same as rape, innit? Most of 'em's a bit touched, like the Yorkshire Ripper, remember him?" says another. "Yeah, but they're perverts. What normal person would do that, huh?" replies the first man - throwing a dart at a pornographic playing card as he speaks.

A similar cutout sequence distorts the family members into stereotypes: the daughter becomes Lolita, the mother is cast as a wicked witch, and the father presents himself as Santa Claus. "It was trying to destroy the myth that exists in terms of child sexual abuse," said Watson in an episode of Channel 4's Big World Animators series that focused on her and contemporary art school graduate Maybelle Peters. "[that] the girl's precocious and it's the mother's fault and things like that, and at the end of the day the actual abuser themselves hides behind this smokescreen all the time that our society lets them get away with." 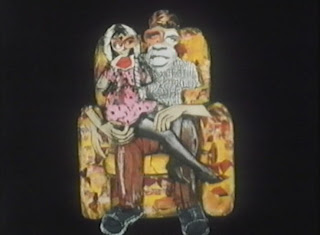 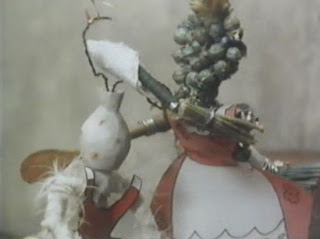 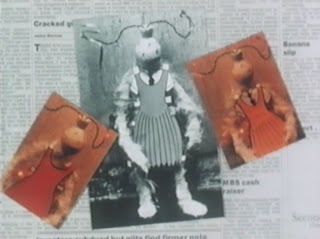 The film is profiled in Jayne Pilling's book Women & Animation: A Compendium. "It's worth noting that the film was begun a year before the revelations about child abuse in Cleveland were breaking on national news and placed the issue, for the first time, on the public agenda", writes Pilling. ("It's happened in so many families, and no-one ever talks about it," says a voice-over used in the film; "I think it's changing now, but when it happened in my family no-one talked about it for twenty years.")

The section in Pilling's book is written by Karen Watson herself. Interestingly, while many commentators assume that the family portrayed in the film is Watson's own, she personally describes them in archetypal terms - the Mother, the Father, and the Daughter, Dresden China. Here is her own summery of the film and its themes:

In childhood we are innocently led to believe that only people we don't know are capable of hurting us. We are told the dangers of talking to 'strangers'. Thus we are quite unable to understand, particularly as children, when the stranger is a member of our own family, an adult in whom we are expected to place our trust and our vulnerability.

The stranger, as many women know, does not resemble this monster. He is an ordinary, respectable family man who resides in their own home and has access to their bodies and minds, at all times of the day and night, past and present. Daddy's Little Bit of Dresden China is an eight minute film which draws from my own childhood experience of living with the familiar 'stranger'.

For me, Daddy's Little Bit of Dresden China acted as a form of therapy, enabling me to express feelings I could not have expressed otherwise. Feelings I didn't have words for, and forbidden feelings such as anger. The process of making the film helped me to come to terms in some ways with what has happened to me as a child and locate certain patterns of behaviour in my adult life that were destructive.

The final image is of the shattered china vase. It is the child who is damaged and broken through such an experience and this can only be stopped when society offers encouragement and support to people who have to live in silence because of the ignorance of others. Sexual abuse is a political, as well as personal, issue. 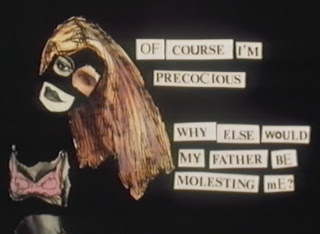 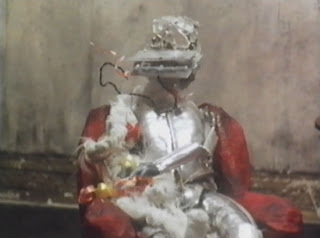 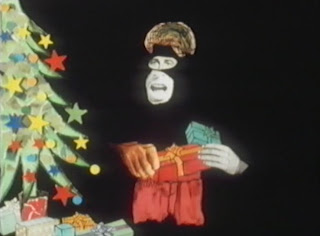 A minor detail about the film: it exists in at least two versions, with different soundtracks. The version included on the Wayward Girls and Wicked Women VHS series has music by Natalie Gupta, while the version that aired on Channel 4 has different music and does not credit a composer; the BFI database lists the film's composers as Meredith Monk and Arvo Pärt, presumably referring to this version of the short. The latter version is on the 1988 West Surrey College of Art and Design showreel, so I'm assuming that it was the original and that the Natalie Gupta soundtrack was put together due to rights issues. 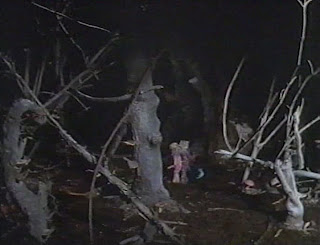 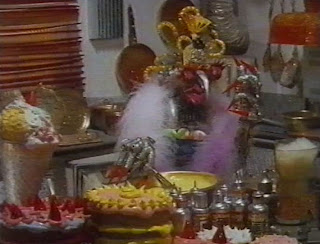 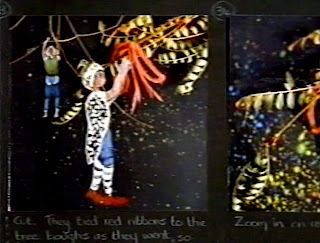 After leaving art college, Karen Watson has continued making films, whilst also working with children. She was one of thirteen animators to gain funding from a nationwide competition sponsored by Kellogg's Cornflakes, to make contemporary versions of Grimm's fairytales (Marjut Rimminen and Emma Colder also made films for the series). The Sharpest Witch, made in 1989, reworks the story of Hansel and Gretel to give it an ecological thrust: the witch is a madly consuming housewife, and the model-character is based on Dame Edna Everage.

She has done some commercial work for Three Peach Museum, and for an educational video on the work of the Museum of the Moving Image. Reception and Soft Perm were two quite surreal thirty second animation films commissioned for television, for a series looking at confrontational situations, called Them and Us. These, however, proved a little too challenging for early evening broadcast!

She is now at the National Film and Television School, where she is working on a film mixing live-action and model animation. The film aims to explore the subjective experiences of anorexia, and is partly drawn from her own experiences.

The film on anorexia, Sweet Heart, was released in 1994 (according to the BFI database) , 1995 (according to Jill McGreal) or 1996 (according to IMDB). Unfortunately, I have no information on this film beyond what can be found on these webpages.

"I do get people saying, oh, you know, 'why don't you make a funny film?' and things like that," commented Karen Watson in Big World Animators. "There's enough people out there making animated films that are funny."
Posted by Neil at 13:02