I'll have to admit, my annual overviews have been getting later and later. I'll try and be stricter when I come to write about the animation happenings of 2016. But once again, better later then never - so here is a round-up of what went on in the British animation scene during 2015... 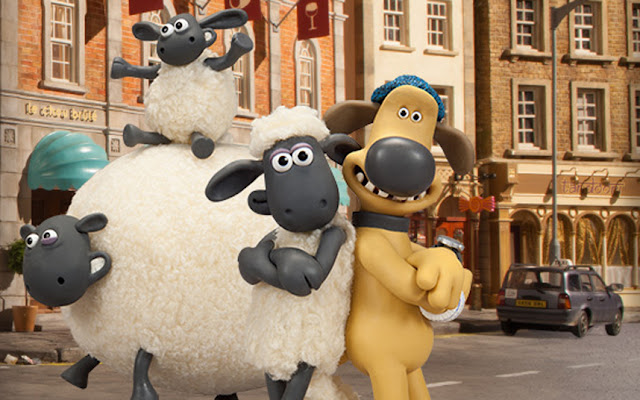 The year saw the release of Aardman's sixth full-length feature: Shaun the Sheep Movie. It was warmly received by critics, earning 99% at Rotten Tomatoes, and yet somehow failed to grab popular attention in the same way as earlier stop-motion features from the studio. Possibly Shaun the Sheep's reputation as being aimed squarely at the younger set led audiences to conflate the film with the various direct-to-DVD features based on various pre-school series (such as Thomas & Friends: Sodor's Legend of the Lost Treasure, another release from 2015). 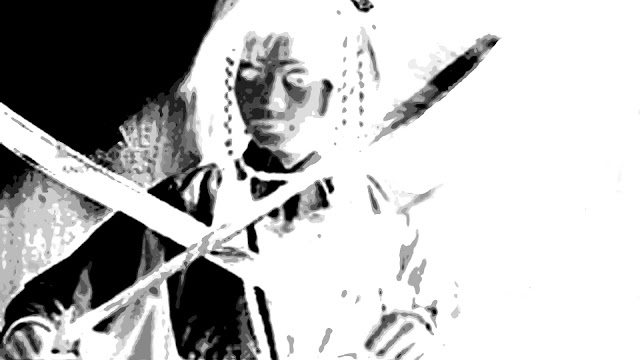 Animate Projects continued to do a valiant job of championing experimental animation, even in the face of Arts Council cuts. 2015 saw the creation of susan pui san lok's RoCH Fans & Legends series and Noriko Okaku's The Interpreter. 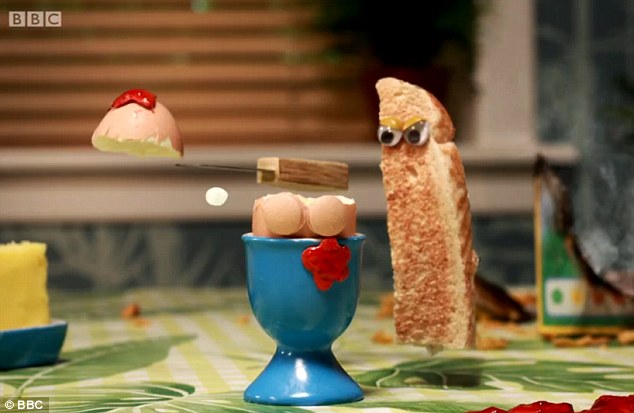 A 2012 episode of the CBBC series OOglies, about stop-motion food, became an unlikely subject of controversy in 2015 due to some comical violence - in particular, a boiled egg being "scalped" by a slice of toast. "Kids could think extreme violence like beheading is normal", complained one mother from Tooting. The scene in question was clearly meant as a send-up of martial arts and samurai films, but this did not stop the Daily Mail (a paper known for advocating violence in comics) from going with the more provocative headline of "Mother's fury after CBBC cartoon OOglies shows toast soldier staging an ISIS-style beheading of a boiled egg".

On an unhappy note, the Bradford Animation Festival - the UK's biggest animation festival - did not take place in 2015 and its future is still uncertain. Early reports suggested that the 2015 edition of the festival would go ahead despite the cancellation of the Bradford International Film Festival, but alas, this turned out to be incorrect.


The Oscars had just the one British animated contender this year: Daisy Jacobs' The Bigger Picture, which lost to the Disney short Feast. The Annies had two UK nominees: Aardman's Flight of the Stories won Best Animated TV/Broadcast Commercial, while Zack & Quack, an Israeli-British-South Korean co-production, was in the running for Best General Audience Animated TV/Broadcast Production For Preschool Children

Meanwhile, at the BAFTAs the part-animated Paddington was nominated the Outstanding British Film but lost to The Theory of Everything, while The Bigger Picture won British Short Animation ahead of Ainslie Henderson and Will Anderson's Monkey Love Experiments and

Annecy had a few British winners. Yves Geleyn's NSPCC spot "Lucy and the Boy" won the Jury Award in TV and Commissioned Films. My Dad took the Cristal for Graduation Film, while Nina Gantz' Edmond took the Jury Award in the same category along with the CANAL+ Creative Aid Award for a Short Film. The Fipresci Award went to the British-American-Hungarian co-production Teeth.

At the London International Animation Festival, Phil Mulloy's Endgame won the best British Film Award; Mr Madila or the Colour of Nothing by Rory Waudby-Tolley won the Audience Vote in the same category; the Best Sound Design Award went to The Five Minute Museum by Andy Cowton and by Paul Bush; and the audience vote for Best Abstract Film went to Once Canada Square by Simon Ball. In the International Programmes, Nina Gantz' Edmond won an audience vote.


As always, 2015 saw the British animation scene lose some of the people who had contributed to it in the past. 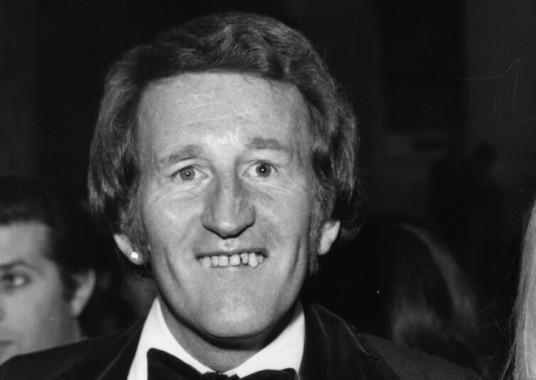 A comic performer whose career began in the 1960s, Lance Percival's work in animation includes voicing Paul and Ringo in the Beatles cartoon series before going on to play Old Fred, the captain of the Yellow Submarine; he also voiced the seahorse Terence in The Water Babies. He passed away on 6 January, aged 81. 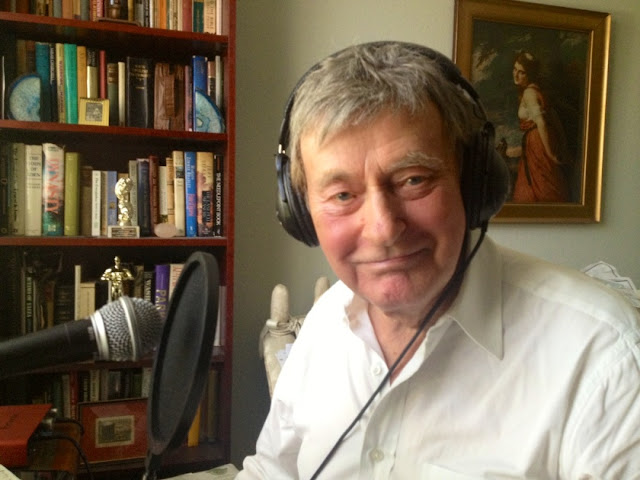 Barrie Ingham's career as an actor took him from Britain to America; it is fitting, then, that he made his mark on animation with a decidedly transatlantic role: he voiced the title character of Disney's Sherlock Holmes pastiche The Great Mouse Detective. He passed away on 23 January, aged 82. 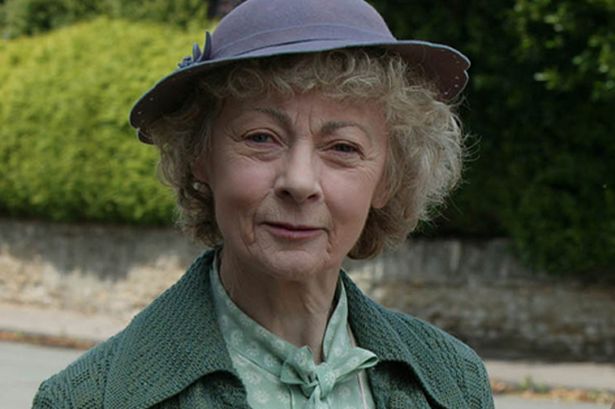 Best known for portraying Agatha Christie's immortal Miss Marple, Geraldine McEwan had a sideline voicing characters for Aardman. She played the Aunt in the 1993 short Not Without My Handbag and Miss Thripp in Wallace & Gromit: A Matter of Loaf and Death; she also voiced Haru in the British dub of Ghibli's The Secret World of Arrietty. She passed away on 30 January, aged 82. 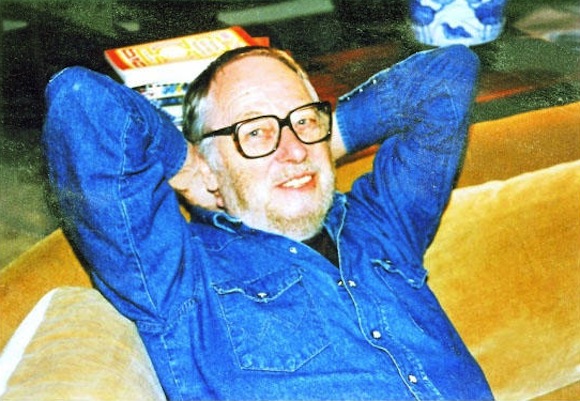 Jeff Hale was one of the founders of the pioneering independent animation outfit Biographic Films in 1955. The following year he moved to Canada; later on he migrated to the USA. While in North America he worked on Sesame Street, the Lenny Bruce short Thank You Mask Man and Heavy Metal, amongst others. He passed away in late February, aged 92. 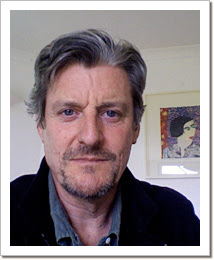 David Anderson was the experimental animator behind Dreamland Express, Dreamless Sleep, In the Time of Angels and Tongue of the Hidden. He also collaborated with author Russell Hoban to create the Deadtime Stories for Big Folk series, comprising the two shorts "Deadsy" and "Door". 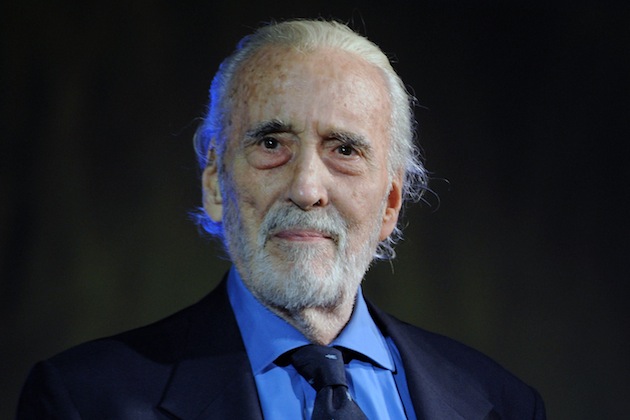 Christopher Lee was an actor who will need little introduction, making his name in multiple classic horror films before becoming an icon to a whole new generation thanks to his villainous roles in the Star Wars and Lord of the Rings series. Less well-known are his multiple contributions to animation: his sonorous tones can be heard in The Last Unicorn, Nutcracker Fantasy, Raul Garcia's The Fall of the House of Usher, Bevanfield's Beauty and the Beast, Clone Wars, Corpse Bride and Cosgrove Hall's Discworld adaptations (in which, naturally, he voiced Death). He passed away on 7 June, aged 93. 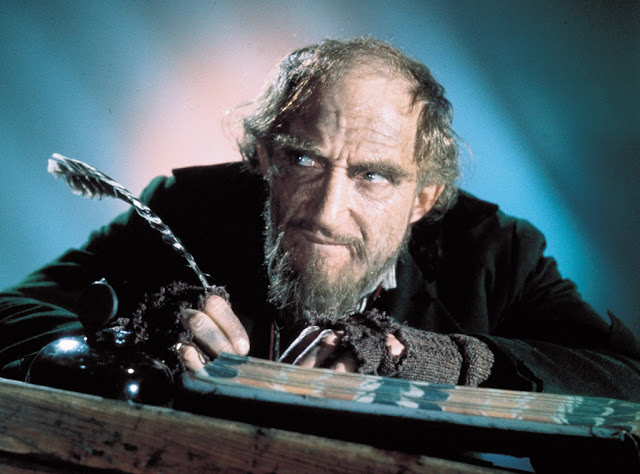 Ron Moody will be forever remembered as Fagin in Oliver! but when it comes to his vast career, this character was just the tip of the iceberg. As far as animation is concerned, he can be heard in The Telebugs, Noah's Island and The Animals of Farthing Wood, in addition to voicing the crooked soothsayer Prolix in the English dub of Asterix and the Big Fight (IMDB incorrectly claims that he voiced the same character in Asterix the Gaul). He passed away on 11 June, aged 91. 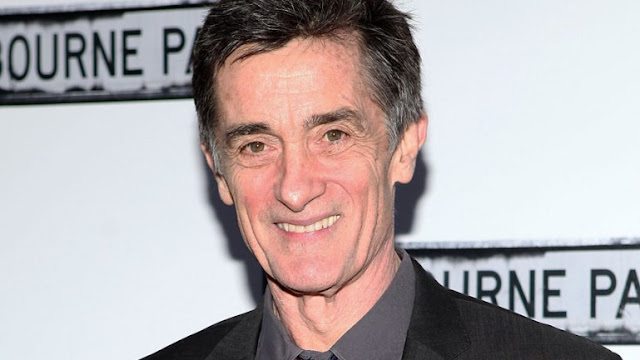 Roger Rees had a career as an actor in his native Britain before moving the America, where he worked in the likes of The West Wing. He entered the Aardman pantheon by voicing a caricatured version of Peter Haul in Barry Purves' 1990 short Next; after heading Stateside, he lent his talents to P.J. Sparkles, The Legend of Prince Valliant, Mighty Max, Gargoyles, Phantom 2040, Extreme Ghostbusters, Return to Never Land and The Cleveland Show. He passed away on 10 July, aged 71. 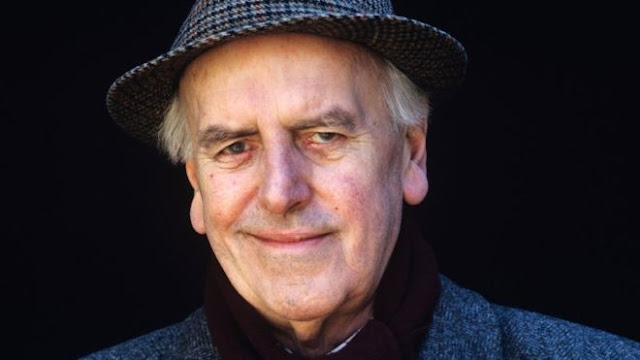 George Cole had a long varied career that encompassed thrillers, sitcoms, Hammer horror, Walt Disney's Wonderful World of Color and - most relevant to this blog - voicing Vernon in the 1988 cartoon series Tube Mice. He passed away on 5 August, aged 90. 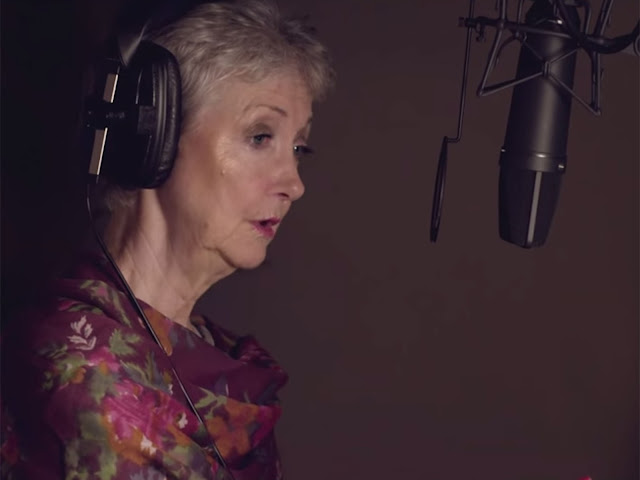 Susan Sheridan was a prolific voice actress whose credits in British animation include The Family-Ness, the educational Muzzy series, Noddy's Toyland Adventures (as the title character), The Beano All-Stars (in which she voiced Dennis the Menace, amongst others), Preston Pig, Animated Tales of the World and more. She also voiced heroine Eilonwy in Disney's The Black Cauldron and acted in a number of anime dubs. She passed away on 8 August, aged 68.
Posted by Neil at 06:27 6 comments: