2016 award winners: Shaun the Sheep Movie, Edmond and The Amazing World of Gumball.

2016 was a turbulent year for the United Kingdom, but how did British animation fare...?

At the Oscars, Richard Williams' Prologue was nominated for Best Animated Short Film while the Shaun the Sheep Movie was a contender for Best Animated Feature; they lost to the Chilean film Bear Story and Pixar's Inside Out respectively. At the Annies, the Shaun the Sheep Movie was nominated in the same category with the same result. Shaun was also recognised in the Outstanding Achievement in an Animated Feature Production categories for Directing, Writing, Production and Editorial, but lost in each instance.

At the BAFTAs, Nina Gantz's Edmond won in British Short Animation, the other contenders being Richard Williams' Prologue and Simon Cartwright's Manoman. As per a recurring theme, Shaun the Sheep was nominated for Best Animated Film but lost to Inside Out.

At Annecy, Stick Man won the Cristal for a TV Production, the Lili episode "Lili Loves Food" (a Danish/British co-production) won the Jury Award for a TV Series, and the Junior Jury Award for a Graduation Film went to Jac Clinch's The Alan Dimension.

The Ottawa festival had one British winner: The Shaun the Sheep episode "The Farmer's Llamas", which was named Award for Best Animated Series Made for Young Audiences.

Again, as always, the year witnessed the departures of some of the people who helped to make British animation. 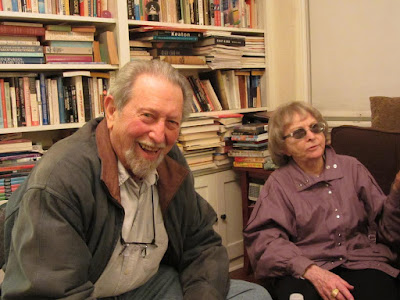 Robert Balser, an American, made perhaps his highest-profile contribution to animation by working as animation director on Yellow Submarine. He also launched the Spanish studio Pegbar Productions, and worked on Heavy Metal, The Jackson Five, The Lion, the Witch and the Wardrobe, The Charlie Brown and Snoopy Show and others. Balser died on January 4, aged 88. 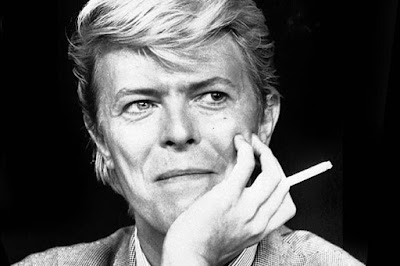 Rock legend David Bowie's best-loved acting role is surely in the 1986 film Labyrinth, where he performed alongside the ingenious puppets of Jim Henson. He also appeared in a live-action introduction used for the American release of The Snowman, in which he played a grown-up version of the short's animated lead. Bowie later lent his talents to another Raymond Briggs adaptation by providing the title theme to 1986's When the Wind Blows. He died on January 10, aged 69. 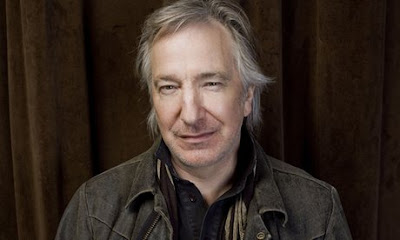 Alan Rickman, one of the finest English baddies to appear in Hollywood cinema, was also a talented voice actor: he can be heard in the 2011 Irish short The Boy in the Bubble, the English dub of the continental co-production Help! I'm a Fish, and episodes of the American series King of the Hill and Back at the Barnyard. Honourable mention should also go to his voice performance as Marvin the Paranoid Android depicted onscreen through puppetry) in the film version of The Hitchhiker's Guide to the Galaxy. He died on January 14, aged 69. 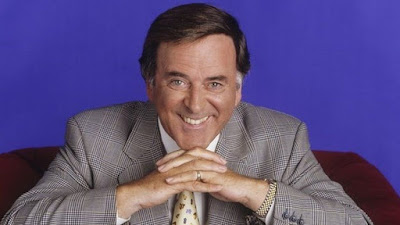 As well as having one of the most recognisable voices on British radio, Terry Wogan narrated the 1988 cartoon series Stoppit and Tidyup. He died on January 31, aged 77. 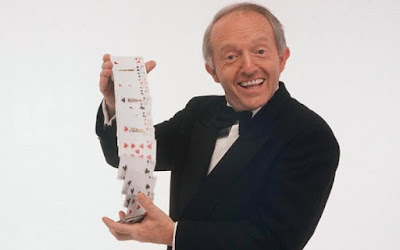 The conjuring tricks of Paul Daniels delighted generations of children; in the latter half of the 1980s he branched out by co-creating the puppet series Wizbit, starring a magician's hat and a white rabbit. Paul Daniels died on March 17, aged 77. 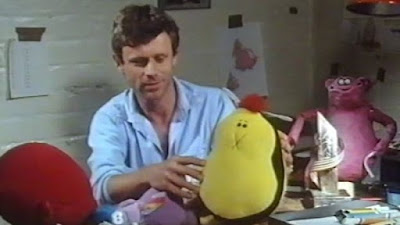 Terry Brain was, with Charlie Mills, one half of the duo that created Trap Door, and which then teamed up with Steve box to bring us Stoppit and Tidyup. Brain then joined Aardman Animations, working on working on Chicken Run, Wallace & Gromit's Cracking Contraptions, The Curse of the Were-Rabbit, Creature Comforts America, Timmy Time, DC World's Funnest and both the TV and film incarnations of Shaun the Sheep. He died on March 25, aged 60. 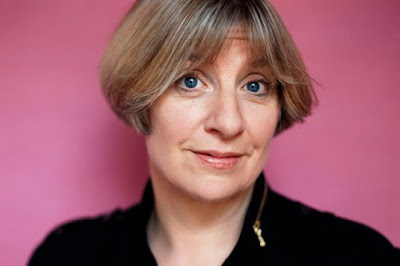 A prominent comedian who began her career in the 1970s, Victoria Wood also acted as a narrator in the 1992 cartoon series Rosie & Ruff in Puppydog Tales. She died on April 20, aged 62. 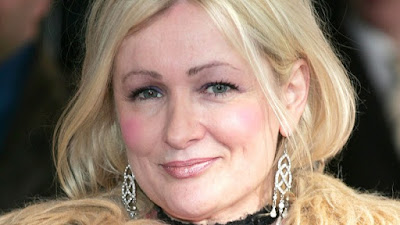 Caroline Aherne was a comedian who performed in Mrs Merton, The Fast Show and The Royale Family. In the animation world, Aherne voiced Stephanie in Strange Hill High. She died on July 2, aged 52. 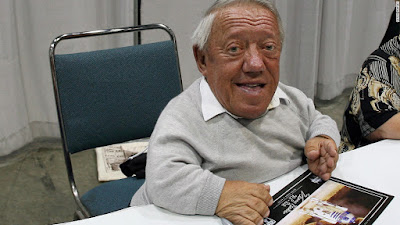 Kenny Baker left an indelible mark on the history of puppetry by performing R2-D2 in the Star Wars series; he also lent his voice to the 1999 animated feature The King and I. He died on August 13, aged 81. 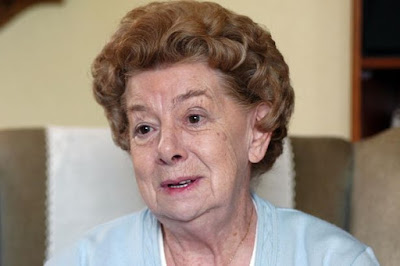 Jean Alexander was best known for her long-running roles in Coronation Street and Last of the Summer Wine, but she also voiced none other than Mrs. Santa in the 1999 special Robbie the Reindeer: Hooves of Fire. She died on October 14, aged 90. 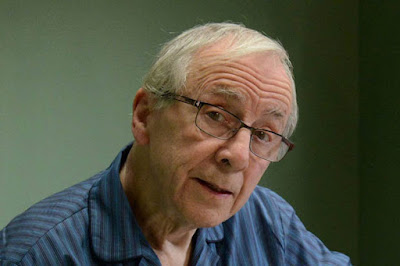 Destined to be remembered forever as the put-upon Manuel in Fawlty Towers, Andrew Sachs also performed as a voice actor in the stop-motion series The Gingerbread Man, The Forgotten Toys, William's Wish Wellingtons (which he narrated), the English dubs of Asterix and the Big Fight and Ja Svankmajer's Faust, and the illustrated Doctor Who serial Shada. He died on November 23, aged 86. 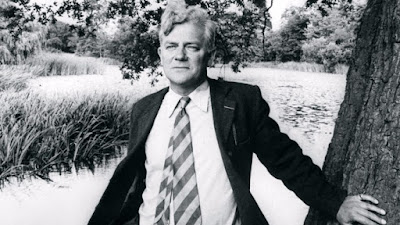 Novelist Richard Adams provided the source material for one of the classics of British animation when he wrote his 1972 novel Watership Down. His later novel, The Plague Dogs, was also made into an animated film. He died on December 24, and 96. 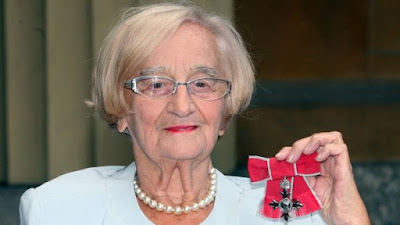 Liz Smith was a prolific actress who appeared in a wide range of films and television series; her roles include performing as a voice actor in Crapston Villas, The Curse of the Were-Rabbit, Animated Tales of the World and Joanna Quinn's film The Wife of Bath's Tale. She died on December 24, aged 95.
Posted by Neil at 05:48 4 comments: